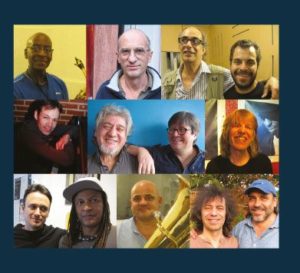 EHA (pronounced é-a) is a kind of super group with world leaders which can be described as World Jazz, quite simply because they like it, you can hear it and you can see it in concert.

There are 13 musicians on the latest album, “Paris Rio New-York”, from 7 different nationalities.

Settled in France for thirty years, he has become one of the most sought-after saxophonists in session and on stage, pillar of the most prominent Big Bands (Claude Bolling, Symphonic Safari by Manu Dibango, Sacha Distel, Guy Marchand, Claude Manoukian ,…) and Michel Legrand’s sax in concert, the baritone solo on the hit “Rose Rouge” from the album “Tourist” by Saint Germain, it’s also him, he’s a great musician and a great man!

On percussion Minino Garay (Argentina) or Juan Manuel Forero (Colombia). Everyone knows Minino, one of the greatest percussionists in world music and THE n°1 percussionist on the French scene, from Mercedes Sosa to Dee Dee Bridgewater via Christophe, everyone has offered his services.

As for Juan Manuel Forero, less known, he is also a great percussionist from Salsa and Colombian Cumbia, who has also traveled the world with his percussion.

Do we still need to introduce Michel Alibo, one of the greatest bassists of Jazz, Funk and World Music, he made himself known with Sixun and also played with the greatest of the World and Jazz scene, from Manu Dibango to Ray Lema via Cheb Mami, Michel Jonasz, Salif Keita, Eddy Louiss, Angélique Kidjo, Touré Kunda, Kassav, Bisso Na Bisso,…

The phenomenal Damien Schmitt holds the drumsticks, drummer for Jean-Luc Ponty and Alain Caron, he has also worked with Biréli Lagrène, Frank Gambale and many others, but he is also well known to the general public for his television performances, in ‘ Don’t forget the lyrics’ or Taratata.

And finally, on keyboards, Leandro Aconcha, everyone who knows him only uses superlatives about him, it’s not for nothing that many have called on him, in very different styles, from David Soul to Ibrahim Maalouf via Didier Lockwood, Viktor Lazlo, Paco Séry, Idrissa Diop, Toufic Farroukh,…

Our permanent guest is the Chilean singer and multi-instrumentalist Mario Contreras, singer and guitarist of Quilapayun, the great group of traditional Chilean music, he has also worked with Los Calchakis, Mariana Montalvo, Karumanta,…

Beyond the musicians, what makes EHA a band that goes off the beaten track is its unique music, you just have to listen to titles like “Est”, “Ne Nanana” on the first album, Nuit et Jour or 2 Juillet on the second, “Fortune”, or “1984”, “Nuits Magnétiques” and “Missié Didié” on the last, “Paris Rio New-York”, which is entitled to a rain of praise on the media and radio stations all over the world.

EHA on stage is an explosive and spectacular performance, which wins over a much larger audience than just the Jazz audience. 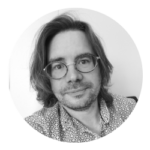 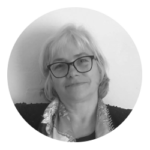 We use cookies on our website to give you the most relevant experience by remembering your preferences and repeat visits. By clicking “Accept All”, you consent to the use of ALL the cookies. However, you may visit "Cookie Settings" to provide a controlled consent.
Paramètres des cookiesAccepter tout
Gérer le consentement

This website uses cookies to improve your experience while you navigate through the website. Out of these, the cookies that are categorized as necessary are stored on your browser as they are essential for the working of basic functionalities of the website. We also use third-party cookies that help us analyze and understand how you use this website. These cookies will be stored in your browser only with your consent. You also have the option to opt-out of these cookies. But opting out of some of these cookies may affect your browsing experience.
Necessary
Necessary cookies are absolutely essential for the website to function properly. These cookies ensure basic functionalities and security features of the website, anonymously.
Analytics
Analytical cookies are used to understand how visitors interact with the website. These cookies help provide information on metrics the number of visitors, bounce rate, traffic source, etc.
SAVE & ACCEPT